What Is National Affairs?

National Affairs is a new quarterly journal that aspires to help Americans think a little more clearly about the challenges of governing ourselves. We will publish essays about public policy, society, culture, politics, and the world of ideas, with an eye to what a responsible and thoughtful American ought to know and to think about, and with a special concern for domestic policy and political economy, broadly understood.

This may seem a strange time to launch such a venture. It is, for one thing, a terrible time for magazine publishing, as the economics of the information age takes its toll. It might be thought a terrible time for a quarterly schedule and long-form essays, too, as internet opinion journalism has conditioned us to seek analysis in small but quick and frequent doses, like chickens pecking at their feed. A glance at the popular media would suggest it is also a terrible time for taking up large public questions — as the country's interest seems to be directed elsewhere.

But calamity is ever the season of reflection, and a terrible time is often just the right time for new ventures. This one is especially called for now because the challenges of governing ourselves today are great and daunting, and are poorly understood. In the wake of a bewildering economic crisis, the foundations of America's post-war economic order have suddenly come into question. We are struggling with the exploding costs and inefficiencies of health care and entitlements, and fiscal disaster looms as our society ages. Americans are anxious about barriers to social mobility, threats to the country's competitiveness, and our economic and educational edge in an era of globalization. We are in the midst of a long-term breakdown of traditional social, cultural, and family arrangements, which has hit the weakest among us especially hard. Some of our key governing and regulatory institutions — ­especially those designed to address an array of 20th-century needs — are showing signs of strain and decay that call for reform. And even this is far from a comprehensive list of merely our domestic worries.

Our country is up to meeting these challenges, and has great stores of strength to draw on in that undertaking. But doing so will require a concerted effort to understand the problems we face — some of them quite novel, others maddeningly enduring; to seek ways of mitigating or addressing them; and to assess our successes and failures. In other words, meeting our challenges will require us to think a little more clearly about them.

To think a little more clearly means first of all to be better informed, and National Affairs will publish essays that bring to bear hard facts and figures and employ the social sciences, even as we remain aware of their limitations. It also means thinking more deeply, and we will publish essays that look to the philosophical foundations of our public life. And it means thinking constructively, so that we will publish not only diagnoses but, when possible, proposals for plausible remedies.

These aims call for the long form of the essay, and the long view of the quarterly, and all the more so because both run against the grain of our time. They call also for a particular approach to public problems. National Affairs will have a point of view, but not a party line. It will begin from confidence and pride in America, from a sense that our challenge is to build on our strengths to address our weaknesses, and from the conviction that chief among those strengths are our democratic capitalism, our ideals of liberty and equality under the law, and our roots in the longstanding traditions of the West. We will seek to cultivate an open-minded empiricism, a decent respect for the awesome complexity of life in society, and a healthy skepticism of the serene technocratic confidence that is too often the dominant flavor of social science and public policy. And we will take politics seriously.

Part of what it means to take politics seriously is to understand that nothing is ever entirely old or entirely new. And indeed our novel venture and its point of view are themselves successors to the work of a prior generation. National Affairs seeks consciously to model itself on the most influential American public-policy journal in history: The Public Interest. Founded in 1965, in the midst of an earlier era of daunting challenges and technocratic overconfidence, The Public Interest shed a bright light on our public life for decades, in the hands of its incomparable editor Irving Kristol, his co-editors Daniel Bell and then Nathan Glazer, and in its final years Adam Wolfson. We are successors to their project in a technical sense, as the company they founded to publish their magazine, National Affairs, Inc., is now home to ours (and the complete archives of The Public Interest are available for the first time on our website, www.nationalaffairs.com). We have been the beneficiaries of their guidance and help, too, though they bear no blame for our shortcomings. And we can only hope to be truly their successors in the merit, the quality, and the significance of the work we do, if with some different emphases for a different time.

We are successors, also, to a long and storied line of efforts to illuminate American public life through intellectual journalism, from the birth of our republic to the present day. In the fateful winter of 1775, in Philadelphia, a new journal called the Pennsylvania Magazine announced itself with a short essay entitled "The Magazine in America," written by its editor, Thomas Paine. "It has always been the opinion of the learned and the curious that a magazine, when properly conducted, is the nursery of genius," Paine wrote. And a properly conducted magazine, in his view, is like a beehive: offering both nourishment and protection, sweetness and sting.

"A magazine can never want for matter in America," Paine concluded, and we know he was right. Our country is preternaturally ­interesting — sometimes too much so for its own good. And it is also always in need of guidance and correction: of sweetness and sting. We hope to add our modest measure of both, as we strive to help our fellow Americans think a little more clearly about the affairs of the nation.

– Yuval Levin, for the editors 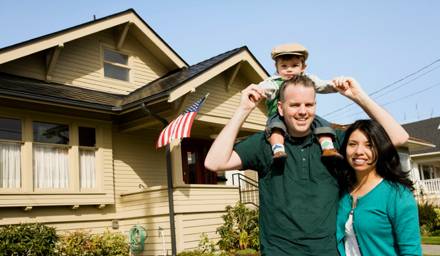